OHPI stands against racism. You can see a detailed list of all our publications on online racism here. However, we take a particular interest in campaigning against online hate against Indigenous Australians.

Below is a list of our campaigns and publications documenting, reporting and highlighting instances of online hate speech against Indigenous Australians. You can also report online racism below. 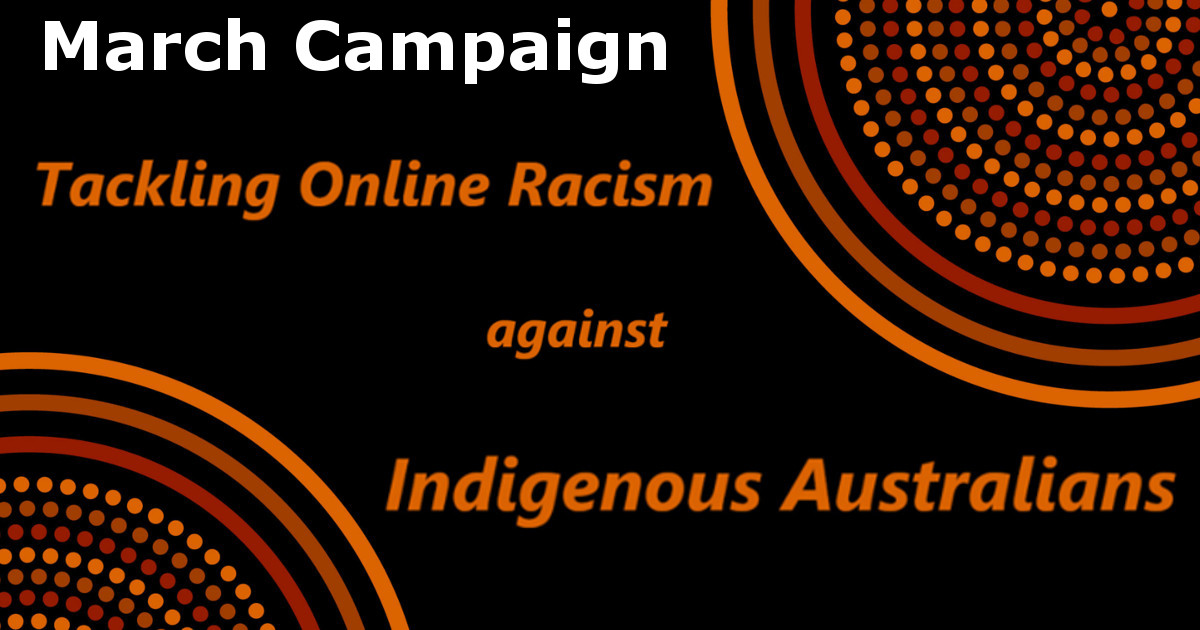 Our March 2020 campaign focused on online racism against Indigenous Australians. The 5 articles produced as part of this campaign looked at racism on Facebook, Twitter and Instagram. The can be seen in the list of briefings below.

March 7, 2020: Tackling racism against Indigenous Australians must be a priority

January 7, 2019: Everything in Moderation

September 25, 2016: An interview with Triple J (the death of Elijah Doughty and incitement online)

May 28, 2016: Responding to Racism and Vigilante Justice

July 3, 2020: Indigenous Australians face sexual racism on dating apps: ‘The second he found out about my heritage, he was gone‘, ABC

Your report here helps us monitor how effective they are being at responding to user reports and in some cases we do follow up in regards to specific items which remain online.