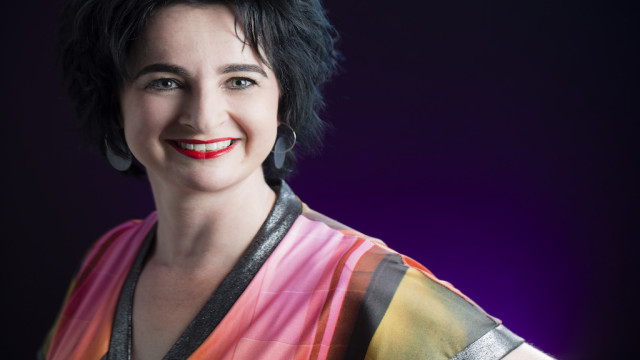 “Absolute freedom of speech online leads to places like 8Chan which played a significant role in radicalising Brenton Tarrant, in turn leading to the tragic events that unfolded in New Zealand. Without controls, an online space can spiral out of control creating a toxic culture that feeds on itself and leads to disaster for individuals, targeted communities and the society as a whole. Ginger Gorman has experienced these trolls and explored that dangerous subculture. She gives us a window into the world where hate,conspiracy theories and extremism can fester. ” Dr Andre Oboler, CEO of the Online Hate Prevention Institute.

Ginger Gorman is a journalist, author and cyberhate expert. Following the Christchurch terrorist attack in New Zealand OHPI interviewed her on her book Troll hunting: Inside the World of Online Hate and its Human Fallout, we learn that “predator trolls” are a product of their upbringing and of society. Gorman wrote this book after being relentlessly targeted online by predator trolls for unknowingly profiling two paedophiles. Rather than walking away from the harrowing and devastating experience, Ginger Gorman turned over the tables and uncovered these “good and bad humans”. She built relationships with them to better understand their behaviour and their influences.

Let’s start from the beginning. Who is a typical troll, what’s the demographic?

There is some diversity in trolling but mainly it’s a cohort of young, white men aged 18-35. Aside from that, they aren’t who you expect. They often have full-time jobs and girlfriends. Far from being alone in their mums’ basements, they operate in big international syndicates that are quite organised and structured – a bit like bikie gangs. While they might come from economically disadvantaged backgrounds, I found many of them to be extremely bright and purposeful about what they were doing. Their activities weren’t aimless. They had set political and social beliefs, however angry and misguided they might sometimes be.

You tell us that “trolls can’t agree on what trolling actually is.” And that the most well known troll ‘Weev’ states that Socrates is his favourite troll.  As in, the Socrates, born in 470BC.  Are trolls just making it up as they go along?  And are they that dangerously entitled and narcissistic to so loosely compare themselves to the father of Western philosophy?

One of the problems we have with the word “trolling” is that it’s used so broadly  – both online and offline – as to have little meaning. In its broadest sense it really just means needling another person. However, in my book I aim differentiate mild pranks and healthy debate online from what I call “predator trolling” – where individuals go out to do real life harm to other people via the internet.

For Weev’s part, yes he’s dangerously narcissistic and entitled. He’s one half of the right-wing website The Daily Stormer and their troll army does real-life harm. Secondly Weev might like to think he’s partaking in Socratic method – a form of argumentative but cooperative discussion. But all he’s doing is shouting hate and inciting violence.

Your book is concerned with the extreme end of trolling, what you term to be “predator trolling”, can you tell us more about this?

I don’t try and map out the whole spectrum of trolling, because it has many different forms and is a whole spectrum of behaviours. Some of it is very funny, for example. In other cases people end up dead, just like the tragedy we’ve just seen unfold in Christchurch. Within the book, I link predator trolling to horrors such as: terrorism, murder, incitement to suicide, stalking and domestic violence. Trolling correlates strongly with what’s with three of the four so-called ‘dark’ personality traits: psychopathy, Machiavellianism and sadism. Sadism – deriving pleasure from inflicting pain and humiliation on others –has the strongest link.

What was it like being face-to-face with predator trolls?  To be interviewing these people behind the keyboard, the weapon of such pointless, sad, hate-filled and unwise communication?

This is a hard question to answer because each troll I formed an enduring relationship with was so different!  They can be left or right wing or in-between. They can be psychopathic. But sometimes trolls I met were helpful, interesting and empathetic.  There’s definitely a section of the book where I describe interviewing the predator troll “Mark” face-to-face and on camera for a Fairfax investigation I was undertaking. After he left, I was dizzy and nauseous, because he’s such a threatening and unpleasant character. But at other times, I genuinely came to like a couple of the trolls and even made friends with one of them. He helped me with the book in ways that are indescribable. He helped me understand trolling – and access this foreign culture – in ways I couldn’t have otherwise. Humans are complex and while there is hate in us, there can also be good.

If trolls get enjoyment from being vicious online and causing harm in an organised way, that’s not normal right?  What is happening for them?

Most striking in my research is that trolls weren’t born that way. They didn’t fall out of the sky as trolls. They are products of the society we live in. Often these are kids from violent and neglectful homes. They are left alone on the internet from a young age, imbibing torrents of hate. (If you look closely, you’ll notice this was the case with the Christchurch killer. Read the comments his grandmother has made about him!)

It’s no wonder, then, that they are spat out as angry and isolated young men who want to harm others. One of the big revelations to me is that the story of predator trolling is actually a parenting story.

You say “online harassment is still viewed as a fairly harmless verbal activity”, why do you think it isn’t regarded more seriously?

One of the most pernicious myths about predator trolling is that it’s virtual — that it stays online in a kind of fairyland.  As I’ve said, what’s said online leads directly to multiple real-life harms. And if we really think about it – which we don’t seem to be – this is obvious.  We know from years of research, that dehumanisation of specific groups is linked directly to real-life violence being perpetrated against those marginalised people.  Let’s just remember that the Holocaust didn’t start with murder – it started with hate speech.

Case-in-point. There are two terrorist trolls cited in my book – Joshua Ryne Goldberg and Junaid Hussain. Sadly this isn’t rare in the predator trolling community and those in that culture are unsurprised by it. It’s therefore high time law enforcement and social media companies connected the dots and started viewing predator trolling as a canary in a coal mine – otherwise Christchurch won’t be the last event like this.

I do encourage the reporting of cyberhate.  The social media companies are sadly missing in action when it comes to fixing this problem. I sat in the Australian Senate hearings into cyberbullying in 2018 I watched representatives from Facebook, Google, YouTube, Instagram, Microsoft, Oath and Twitter obfuscate over and over again in the face of very clear questions from the Senators. They refused to supply data or any real answers on precisely how their platforms deal with cyberhate. Unless the government legislates to make them have a duty of care to the public, they won’t – because it doesn’t serve them. I’d love to see the software in wider use!

Do you think right extremist trolls are nurtured somewhat by the media, a media that exploits division and hate in politics?

We – the media – need to do better and stop acting as propagandists and go back to holding those in power to account. (Ironically this is something trolls actually accuse us of – and I agree with them on this point!)

Taking one step back from this, our leaders shouldn’t demonise and dehumanise specific group in society – and then be amazed when people get killed. The media often reports this bigotry touted by our politicians without questioning it and therefore this type of thinly veiled white supremacy has become an accepted part of the public discourse in Australia and the US. It’s normalised – and it shouldn’t be. We need to be really clear that normalisation of hate speech against certain groups in society dehumanises them. There’s plenty of evidence to show this leads to real-life harm against those people. Let’s just remember that the Holocaust didn’t start with murder, it started with hate speech. We need to think really hard about the notion of “free speech” here.

Absolute free speech online shouldn’t exist. For example, you can’t tell me you’ll cut my uterus out and kill my kids offline. Why can you say it online? You can’t bully me at work or sexually harass me. Your free speech ends when it hurts me. It should be EXACTLY THE SAME online. (As a a rule, predator trolls are free speech absolutists…and this is where it leads.)

Much of the reporting I’ve seen has been reflexive and lacks analysis. It promotes his manifesto without connecting the dots between predator trolling, radicalisation and terrorism.

You can view the Online Hate Prevention Institute’s analysis on the New Zealand terrorist attack here: https://ohpi.org.au/new-zealand-terrorist-attack/ and support our campaign against online hate and extremism.