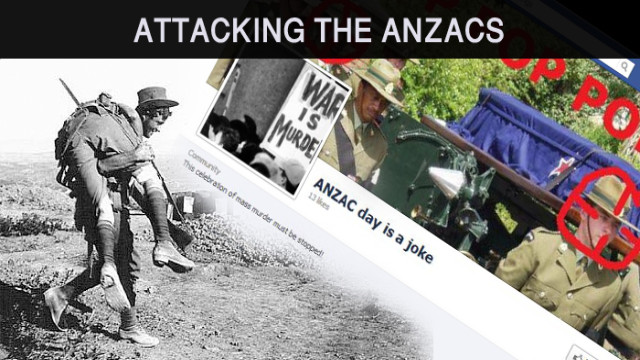 In the lead-up to ANZAC day 2013 an internet troll began creating a series of pages mocking ANZAC veterans. The pages were designed to cause public outrage in both Australia and New Zealand. The Online Hate Prevention Institute (OHPI) documented these hate pages and regularly updated Facebook, law enforcement and relevant government departments. Our efforts, assisted by volunteers, many of them war veterans, ensured the pages were found and closed with minimum impact.

This report documents these pages, Facebook’s response, and the creator’s effort first to cause outrage in the community through a primary attack on something held scared, and then to cause harm to targeted individuals through a secondary attack when the page own impersonated their targets in an effort to steer to public outrage against them.

The pages had few fans, and most of the fans they had on inspection appeared to be recently created fake accounts,  probably made by the page owner.  Veterans can take comfort in the fact that those who would support such attacks are few and far between and the general community feels a high degree of outrage. At the same time, that outrage can allow people to be manipulated and can cause well meaning people to turn on targets selected by the creator of such hate pages. This incitement poses a real risk to safety.