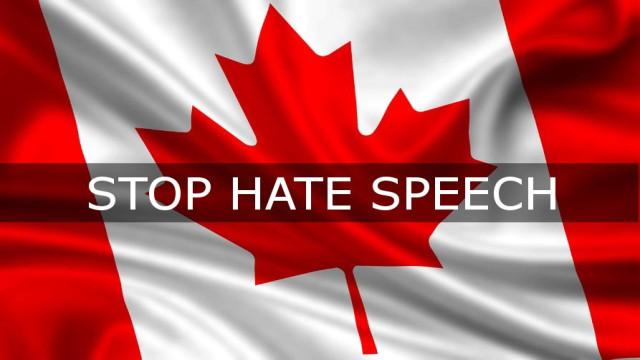 The Online Hate Prevention Institute is a registered charity in Australia with a focus on preventing and reducing online hate, such as online racism. In 2013 a ‘discussion’ erupted on our Facebook page between members of Canada’s First Nations and Michele Tittler and her ‘End Race Based Law’ Facebook page.  In OHPI’s opinion Michele Tittler’s page constituted hate speech. In January 2014 she has been in the news for trolling a child with harsh race based comments. Our statements from 2013 and an update on the 2014 incident follow.

The following statement was released by OHPI (September 17 2013):

Over the last 24 hours there has been a spat on OHPI’s pages between two Canadian groups. The one seeks to “end race based law” and the other opposes this cause as being racist by attacking government support for Canada’s first nations.

Firstly, to both sides, we would appreciate not being spammed. Our supporters do regularly inform us of hate pages, but usually through private messages. While we have a lot of important output and a significant impact, OHPI is a small organisation – time spent monitoring or cleaning up our own Facebook page detracts from the positive work we would otherwise be doing. We’re already distracted enough from our core work by our efforts to raise the small amount of funds we need to push our major projects forward… intensive moderation on top of this helps no one.

Regarding the End Race Based Hate page, OHPI believes the position of this page is mistaken. Each country has a responsibility to protect the culture, language and heritage of its Indigenous peoples. This in turn requires specific laws, government agencies, and funding. While it is legitimate political discourse to disagree with this (so the page name itself isn’t enough to remove it from Facebook) having reviewed the content of the page, it does contain content that in OHPI’s opinion constitutes hate speech. Facebook should therefore shutdown this page. To avoid being shut down, the administrator should remove content that attacks or denigrates Indigenous people.

The page also includes evidence of cyberbullying against the page and its administrator. This too is hate speech. Those who oppose the page on the basis that it is spreading hate speech should not descend to spreading hate themselves. You can point to posts made by the page and explain why they are racist. You can compile reports as OHPI does and send them to Facebook demanding action be taken. You can join in the protest outside Facebook HQ next month… but however you respond, make sure it is based on the evidence and doesn’t become a personal attack. To those that have set up attack pages, or posted attack images, we’d strongly encourage you to remove them. By all means document the hate and call it out for what it is, but don’t cross the line into creating hate speech yourselves.

OHPI is an Australian Charity. We do cooperate with experts and civil rights organisations around the world. We did pass information regarding the End Race Based Hate page to Canadian colleagues when we first became aware of it many months ago. We believe a report into hate speech against Canada’s first nations, like our report into Aboriginal Memes in Australia, would be of great value to people in Canada. Unfortunately we are not in a position to work on such a report (which would take a number of months dedicated work). If we reach our funding goal for the appeal, our software would make it much easier to produce such reports, and it might allow a civil rights organisation in Canada to produce such a report with assistance from OHPI. We hope we reach the target and that by April next year such a report would be possible. In the mean time, we hope both the hate and the cyberbullying comes to a stop.

Michele, OHPI has discussed your page with our Canadian colleagues. We are pretty well briefed on the topic and we stand behind our statement. While you have a legitimate issue of cyberbullying (which is a separate matter from the contents of your page) and we understand you are already speaking to police about it, there is nothing we can do to assist beyond the statement we have issued pointing out that your hate speech isn’t a license for others to promote hate speech against you. Having said, in line with our no platform policy we will now be banning your page and accounts from the OHPI page.

The policy, which has been posted on our page repeatedly reads:

1. Any posts with hate speech will be removed and the user who posted it will be banned at OHPI’s sole discretion. We believe hate speech should be removed from Facebook, as per Facebook’s terms of service, and we act accordingly when moderating our own page.

2. While OHPI is an Australian charity, we also support the “No Platform” policy of the National Union of Students of the UK. In a nut shell this means we won’t allow racist, homophobia etc pages or user accounts to post on this page. If we believe a page or user account is the sort of thing Facebook should be deleting, we have no interest in debating with that account and will simply ban it from posting to our page.

In early 2014 Michele Tittler was in the news after a persistent stream of racist abuse she directed against a 13 year old child. A series of articles by the Canadian Broadcasting Authority have looked into Michele Tittler activities and described her as a troll. Despite both banning Michele Tittler from the OHPI page, and banning her fake accounts and her ‘End Race Base Law’ pages, OHPI have continued to receive occasional messages from Michele Tittler – including a variety of threats. Our approach is to ignore her and to keep colleagues in Canada informed.