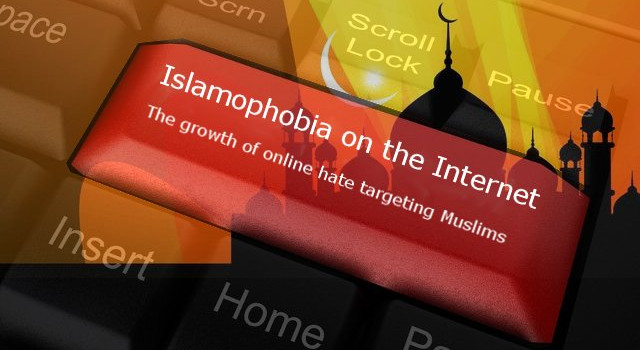 A few weeks ago the All Party Parliamentary Committee on British Muslims released a detailed and extremely important report “Islamophobia Defined“. The report is the result of “widespread consultation with parliamentarians, experts, lawyers, community activists and victim-led organisations” (page 8). The report also reviews past work in the field and its impact.

Speaking of our own work, the report says (page 21, our emphasis):

The Online Hate Prevention Institute (2013) produced a report that specifically looked at anti- Muslim hatred on Facebook and discovered that Facebook had not removed hate speech and images because they did not breach their ‘community standards.’ This has led to calls from politicians for better structures to deal with online hate and for social media platforms to take a greater onus on tackling online hate.

We were please to see the impact this work had at the time, for example, when the Organisation of Islamic Cooperation included a summary of our work in a report to the Foreign Ministers of their member countries. We are even more please to see lasting and continuing impact our work has such as through this new UK Parliamentary report, and in report to the UN Human Rights Council by the United Nations Special Rapporteur on contemporary forms of racism in June last year where our more recent “Anti-Muslim Hate Interim Report” (2015) was cited. This real world impact makes the work worthwhile, even in the face of the direct attacks against us and the greater difficulty we face in fundraising that results from this work.

The key conclusion of the UK report are that:

Human rights, not protection of ideas

The report, however, gives far more than these conclusions. It also examines the problem of anti-Muslim prejudice and crime in the United Kingdom over the last few years and discusses the problems many have raised with use of the word “Islamophobia”, one of the reasons a definition is needed. The report explains (page 34):

Much of the debate was centred upon the question of whether or not Islamophobia is the appropriate terminology to deploy when describing anti-Muslim racism. Specifically the conversation among the different submissions focused on the juxtaposition of Islamophobia with other phenomena such as anti-Semitism; its lexical accuracy; and the issue of free speech, with particular emphasis being placed on whether the term is or could be used to silence legitimate criticism of the religion.

One of the main concerns related to the duel mean of the terms, for example (page 35):

Paul Giannasi OBE rejected the term Islamophobia as he stated “it’s about protection of Muslims’ human rights rather than Islam”.

The Online Hate Prevention Institute’s report referred to above, Islamophobia on the Internet: The growth of online hate targeting Muslims, uses the term Islamophobia only on the cover and in an explanation inside the report where we explain our concerns with the term. Concerns which mirror those of Paul Giannasi. The issue is that the definition given to the term Islamophobia is the past often conflate the concepts of blasphemy / defamation of Islam with the concept of racism / vilification / defamation of Muslims. Only the second is about protecting human rights and can rightly be compared to racism.

We’ve elaborated this idea further in our 2015 report Je Suis Humain: Responsible free speech in the shadow of the Charlie Hebdo murders where we recommended that:

Muslim leaders should clearly differentiate between content Islam may find offensive, and anti-Muslim content which society as whole should find offensive. Public condemnation should be reserved for the latter

That is not to say Muslim leaders can’t speak out about things which are offensive to Islamic values or ideals, but rather that such discussion should be separate to concerns about racism or religious vilification which impact on Muslim people. The proposed UK definition of Islamophobia is a very positive step in this direction. It focuses on two ways people may be targeted by anti-Muslim prejudice, either because of their presumed identity (“perceived Muslimness”) or through efforts that create hostility to Muslims freedom of religion, culture or community (“expressions of Muslimness”). It does not seek to include disagreement or criticism of the beliefs of Islam when made in an appropriate manner and forum e.g. in a similar way to how any other religious or political belief might reasonably be challenged. An academic or newspaper article critiquing a religious idea (e.g. certification of Halal food) would be fine if written in a good faith manner. Effort to pressure businesses into action that makes life more difficult specifically for Muslims (e.g. advocating a boycott of Halal certified products) would we a forms of Islamophobia that targets an expression of Muslimness.

When it comes to expression of religion, the proposed definition is similar to the laws against religious vilification in Victoria (Australia) where Section 8 of the Racial and Religious Tolerance Act 2001 (Vic) states that:

Freedom of speech within reasonable limits

Although coming to a definition we would support, and which focuses on human rights, the report itself covers a wide range of views of what should be protected. This is not surprising given the argument of “freedom of speech” is so often used simply as a cover for hate, a point the report notes. The following concerns were noted in the report:

The National Secular Society rejects the idea that any set of beliefs should be protected from criticism, as they argue that “‘Islamophobia’ confuses hatred of, and discrimination against, Muslims with criticism of Islam.” (page 34)

Bertie Vidgen is quoted as saying:

Ali and Witham further their concern about the boundaries between Islamophobia and free speech by arguing that “there is no ‘good faith’ criticism of Islam”. Central in their argument is the concept of inseparability of race and religion, whereby an attack on the religion cannot be separated from an attack on the race because both concepts are constructs adopted “as a means of categorising colonial subjects”.

This last argument appears to us to be flawed.

The International Covenant of Civil and Political Rights, Article 2, states that “all individuals” should receive the “rights recognized in the present Covenant” and that this should be “without distinction of any kind, such as race, colour, sex, language, religion, political or other opinion, national or social origin, property, birth or other status”. It is discrimination against people which is prohibited. Religious beliefs, political beliefs, even language, are ideas. It is possible to argue a language is too difficult to learn, a political belief is impractical, a religious belief runs counter to modern knowledge. None of these arguments about the underlying ideas are discrimination against the people. If a person were to reject and idea, then discriminate against people who held that belief, that is a different matter. If one were to reject the belief in a manner that was unreasonable, for example challenging a religious person every time they left their home demanding they justify their beliefs, that would be unreasonable. If one were to write an article, give a talk at a conference, or raise the objection around the dinner table when the topic of religious belief was under respectful discussion, that should all be permitted without any allegations of inappropriateness being legitimately raised.

It is overly broad ideas about Islamophobia which some use to dismiss the idea of anti-Muslim hate entirely. The concerns with an overly broad use of the term Islamophobia is discussed in an article “The Two Islamophobias” by Dr Denis MacEoin. A scholar of Islamic studies, Dr MacEoin is a critic of aspects of Islam and a supporter of religious reform movements in Islam. The article was penned after he reviewed a collection of anti-Muslim hate gathered by the Online Hate Prevention Institute. In his conclusion, Dr MacEoin argues:

Before the matter gets out of hand, responsible critics of Islam badly need to act to silence this hate speech by joining forces with governmental and social media administrations to clamp down heavily on it.

Some of the comments on this article are clearly themselves Islamophobic and reject the idea hate targeting Muslims is real. The UK Parliamentary report provides a strong refutation of such assertions.

We support the views of Saeed and Vidgen (page 35):

Tania Saeed argues that, in making the distinction between Islamophobic or free speech, one would simply need to look at whether the speech “is intentionally demonizing a religion, or a diverse group of people, inciting hatred against a group”, which would thus entail assessments being made on a case to case basis and rooted in established “common sense” parameters. This is echoed by Vidgen, who argues that in both “blatant Islamophobic hate speech” and “subtle Islamophobic hate speech”, the issue relates to the “expression of negativity against all Muslims”

In our Je Suis Humain report (discussed above) we looked at cartoons of Mohammed and whether they were permitted under freedom of speech principles or should be prohibited to avoid  Islamophobia. Our recommendations were that (page 18 of our report):

Cartoons portraying Muslims through negative stereotypes, using Mohammed to symbolise all Muslims, should be considered a form of hate speech.

Similar ideas are expressed in the UK report’s conclusion (page 56) where it converts the IHRA’s Working Definition of Antisemitism into something equivalent for Islamophobia. The conversion is perhaps a little too literal, seeking to find a parallel with each part of the definition when other forms of hate targeting Muslims are more prominent or the full understanding of a phrase in the antisemitism definition is perhaps not properly understood. Still, the Working Definition was created with the idea of informing and inspiring other definitions and the use that is made of it in this report is a perfect example of that.

We need to be as permissive as we can in allow free speech, but not so permissive in our offer to protect the free speech of one person that we intentionally or inadvertently impact on the human rights of another.  This point is well made in an excellent speech on “Free Speech vs Hate Speech” by Tim Vines of Civil Liberties Australia.

The problem of hate against the Muslim community is real and urgent. The term “Islamophobia” has, however, been a problematic one. While the examples of anti-Muslim hate are plentiful, efforts to use the term to silence critique of Islamic beliefs themselves are seen as an affront to freedom of speech. This is exacerbated by anti-Muslim activists who seek to dismiss the entire concept of Islamophobia. These anti-Muslim activists falsely claim any effort to oppose their blatant hate speech, directed against Muslim people and communities,  is an attack on their freedom of speech to discuss ideas. The All Party Parliamentary Committee on British Muslims highlights these problems, but also cuts through these complex issues with a definition that is brief, practical and focused on human rights. This is a definition which can achieve widespread support and whose use has the potential to disrupt many of the false claims by those promoting hate against Muslims. The Online Hate Prevention Institute will adopt this definition and put it to use in our work and congratulates the All Party Parliamentary Committee on British Muslims on their excellent work.