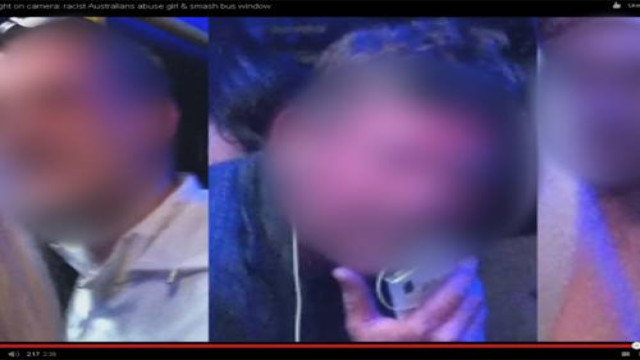 OHPI’s CEO, Dr Andre Oboler, discussed the use of social media to exposes racism with SBS News. This discussion takes place in response to a racist incident on bus, which was videoed through the use of a smart phone and later released online. In the UK similar racist events on public transports have led to arrests, as have racists tweets resulting from such incidents. Social media can be a powerful tool to spread messages against hate, but the message need to be crafted so it not only presents the racist incident, but also promotes the idea that such behaviour is wrong and unacceptable. Dr Oboler explained how this can be done to SBS news.

The YouTube video under discussion can be seen here: A torrent of racial abuse aimed at a party of singing French backpackers aboard a Melbourne bus has been uploaded to YouTube in an attempt to shame those responsible, writes Andy Park.

A torrent of racial abuse aimed at a party of singing French backpackers aboard a Melbourne bus has been uploaded to YouTube in an attempt to shame those responsible.

The episode was filmed by Mike Nayna, who was riding the bus from Edithvale in Melbourne’s south-east on November 11.

The bus was full of tired beachgoers, some of whom Mr Nayna said were intoxicated and frustrated at delays to the service, which was replacing trains, when tempers flared about 10.30pm.

“A group of French backpackers broke out into song in French at the back of the bus, but some people at the front sung ‘Aussie, Aussie Aussie’ back,” Mr Nayna told SBS News.

He said the confrontation escalated with three passengers, including one man who can be seen in the video, calling for the “black people” to be thrown off the bus.

“I’m brown, so he clocked me and the others on the bus and he started going on a rant about he hated black people,” Mr Nayna said.

“The main problem was that he was being egged on.”

“Everyone on the bus wants to kill you,” he appears to say to the French woman.

The French couple, who can also be seen in the video, did not retaliate, Mr Nayna said.

The incident ended in terrifying fashion when a rear window on the bus was smashed, causing the French couple to flee.

Mr Nayna, a stand-up comedian, said he produced and uploaded the video in a humorous style to intentionally to shame the three main offenders.

“Shame is a good word, because it was shameful behaviour. I packaged it in a way that would make it easy to share it,” he said.

“I hope that these guys will be shamed into not voicing those opinions anymore. I just want them to be really embarrassed.”

Dr Andre Oboler, CEO of the Online Hate Prevention Institute, told SBS the use of videos to expose racist behaviour and other forms of online hate can be a powerful public education tool.

“Social media does however need to be used with caution as such videos can be come a rallying cry for further racism if the context isn’t clear.

“This poster has taken the effort to provide background, and that is very welcome, but ideally such commentary should be embedded in the video itself to prevent their removal and the misappropriation of the content for the purpose of hate promotion.”

The incident recalls the use of smartphone footage to expose racial abuse on the London Underground earlier this year.

Tube passenger Jacqueline Woodhouse was jailed for hurling racist abuse at fellow passengers after a video of her rant went viral on YouTube.

Mr Nayna said he would happily provide information to police or a court about the incident but said he felt exposing the behaviour would be more effective than punitive measures.