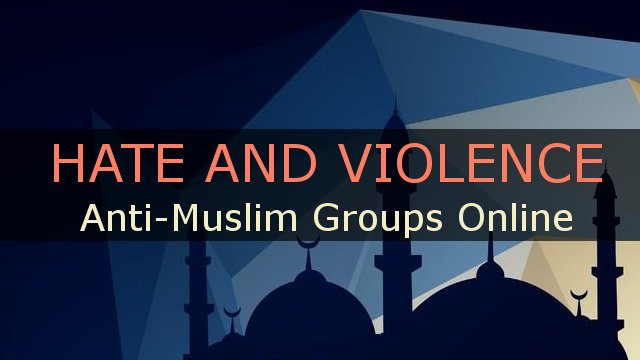 This briefing relates to a recent incident on an anti-Muslim hate page. The administrator(s) of the page took a stand to differentiate opposition to Islam from the spread of violence and hate against Muslims. This is an important distinction between attacks on ideas, which are protected under the principles of freedom of expression, and attacks on people, which violate human rights. The attempt steer this page onto a new course, one that would ultimately reinvent it as a page critical of Islam, but in a manner that avoided hate speech, is something the administrators should be commended for. The change was in response the hate on the page becoming more extreme. In an effort to take control of the situation, the administrator began not only banning, but also naming and shaming the most extreme supporters of the page. This led to a backlash, threats against the administrator(s), and ultimately the closure of the social media accounts they were running.

A more detailed background to this incident, followed by commentary from OHPI, are now presented.

On January 6th 2014 the Administrators of the website “banislamofficial.com” posted an appeal to their supporters to avoid aggression and hate against Muslims:

“What is the point in fighting Islamic violence by showing anger ourselves towards Muslims?… please show respect for Muslims, they are people at the end of the day”.

More specifically, the administrator noted, “concerning reports about people wanting to take to the streets and beat up random Muslims”. In response they said “it is not our job to beat/harass Muslims”, and urged their supporters to rather stop Islam spreading by raising awareness of what they describe as Islam’s “true agenda”.

The post went one step further, it described the network of anti-Muslim pages as a movement and threatened that “anyone trying to incite hatred on ANY group or page [belonging to the movement] will be publicly humiliated and banned”. This stance against hate was consistent with their view that , “[s]howing disrespect for human life and hatred toward innocent people actually damages our movement”.

From here things deteriorated rapidly. The administrators followed through with their threat and posted on their website the details of supporters who were publicly advocating violence. The response was swift and apparently came through a wide variety of social media channels. On Facebook another anti-Muslim page,  the “Infidel Defence League” summed up the anger:

Ban Islam Official “have taken the extraordinary step of turning against decent patriots and done what the left-wing do to those who oppose Islam on a daily basis.
They have taken the names of users of their site. And ‘named & shamed’ them… any so-called ‘anti-Islamic patriot,’ who turns against their supporters in this way is SCUM. If you are not happy with your following ban them fair enough. But don’t NAME them. So here we are – ‘publicly humiliating YOU!’ These are clearly left-wing Commie infiltrators. Avoid like the plague.”

The administrators of “Ban Islam Official” posted, then deleted, a response to the torrent of hate mail they began receiving:

“I haven’t laughed so much, after reading some of the messages you proved our point you really are as bad as who we’re against, thank you for the stupid and aggressive comments to the admin of ban [I]slam, twitter and this website after we posted name[s] of the people who give our movement a bad name by wishing [M]uslims dead or setting up dates to beat [them] up…, this makes you all hypocrites…”

OHPI was contacted by the page Administrator who claimed they had now started receiving threats. In response to these threats, and no doubt to the realization of the sort of people they had been associating with, they began closing their accounts.

While the Ban Islam Official website is still up, the name and shame page and their response quoted above have both been removed. On Twitter they noted they were closing, and added that their administrators had all left. As a result of this incident:

The administrator opened a discussion about the appropriate use of freedom of expression to oppose ideas, and the inappropriate abuse of speech to promote hate and violence against certain groups of people. This is a valuable discussion which was unfortunately cut short by extreme elements. OHPI believes this is a discussion which needs to be had more broadly among those supporting causes that oppose ideas. This applies to other anti-Islam pages, but also to pages opposing particular political ideologies / parties, opposing a position in the climate change discussion, or opposing the policy of governments (locally or of foreign governments). Discussion which attacks policy and ideas should be protected in a democracy, but discussion which attacks people should be universally condemned.

In this instance, the administrator of “Ban Islam Official” should have reported the threats of violence by flagging them to Facebook. They should then have banned the user from the page and notified police. The threat of violence in the context of organising days of violence against a community constitutes a real threat. Law enforcement should act on such information promptly in order to ensure public safety.

In the case of a network or cause, there are reasons for keeping a list of undesirable people. Such a list should be secured  and only shared with people who need to know about it. In a case such as this, a private (hidden) Facebook group could be create for the administrators of a network of pages. In that group a list could be maintained of people who should be banned from all pages in the network. This reduces the damage if a name is incorrectly added to the list and prevents the situation escalating (as it did in this instance).