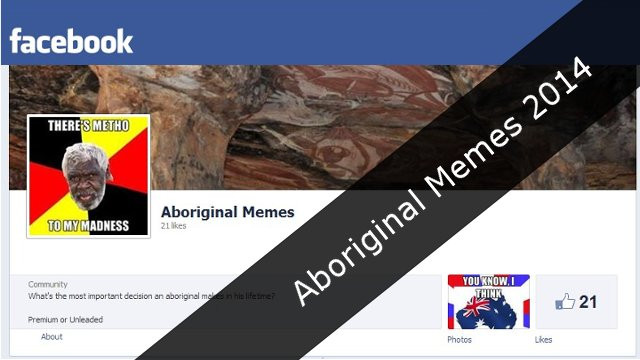 The “Aboriginal Memes 2014” Facebook page was created on January 9th and was ‘unpublished’ on January 27th following numerous people reporting it to Facebook. The page had only a small number of supporters. The Online Hate Prevention Institute (OHPI) has a record of the page and its content. While some of the content was new, other content was recycled and had appeared in previous racist pages on Facebook attacking Indigenous Australians. The content was similar to that documented in OHPI’s report into Aboriginal Memes and Online Hate following the 2012 incidents when such hate on Facebook first gained widespread public attention.

Facebook has ultimately taken the page down in good time and should be congratulated for that. Compared to past incidents, they are getting it right faster. At the same time, it is concerning that initial reporting of the page by Facebook users was rejected by Facebook staff. Rejecting reports of racism sends the wrong message to both users reporting the hate and to those who promote hate. It sends a message that such content is acceptable. OHPI urges Facebook to take a little longer reviewing content and to ensure they get it right the first time and avoid sending mixed signals. We also urge Facebook not to allow pages like this, whose purpose is the promotion of racial hatred, to be republished. Regular pages that are unpublished can often be restored after an effort is made by administrators to remove the offending content. A page dedicated to hate speech should not receive the benefit of that second chance.

Notes:
The Online Hate Prevention Institute is Australia’s only harm prevention charity entirely dedicated to the problem of online hate. We have been responding to racist Aboriginal Memes since our formation two years ago. We also cover other forms of racism, religious intolerance, cyber-bullying, trolling and other forms of online hate.

There is also a briefing on this incident.