This page provides details on Islamophobia and the work of the Online Hate Prevention Institute to tackle it. It includes sections on:

We support the use of the All Party Parliamentary Group on British Muslims definition of Islamophobia (November 2018):

“Islamophobia is rooted in racism and is a type of racism that targets expressions of Muslimness or perceived Muslimness.”

We add that Islamophobia is an attack on the human rights and human dignity of Muslim people, people perceived to be Muslim, or those supporting Muslim people who are attacks due to that support. See more.

All donations of $2 or more are processed as donations to the Online Hate Prevention Fund and are tax deductible for Australian tax payers.

Legal Details: The Online Hate Prevention Institute (ABN: 65 155 287 657) is a Registered Charity. We accept donations to the Online Hate Prevention Fund which is a public fund listed on the Register of Harm Prevention Charities under Subdivision 30-EA of the Income Tax Assessment Act 1997. Donations of $2 or more made to the fund may be claimed as a Tax Deduction in Australia. 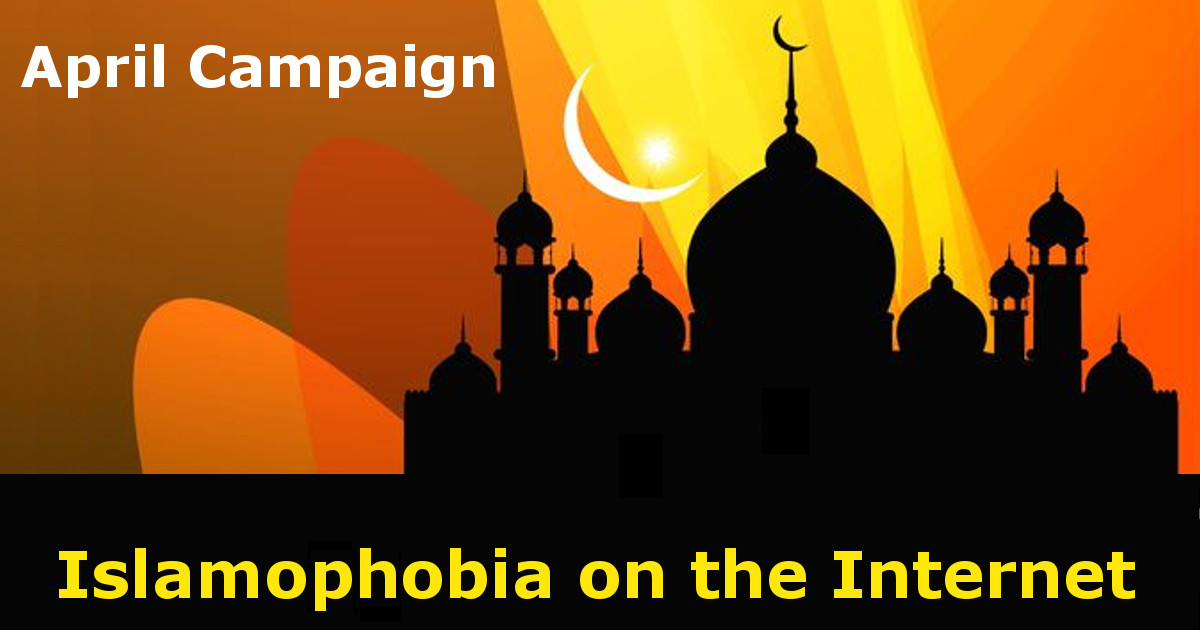 Our April 2020 campaign was a month long campaign that aimed to increase the focus on preventing online Islamophobia. 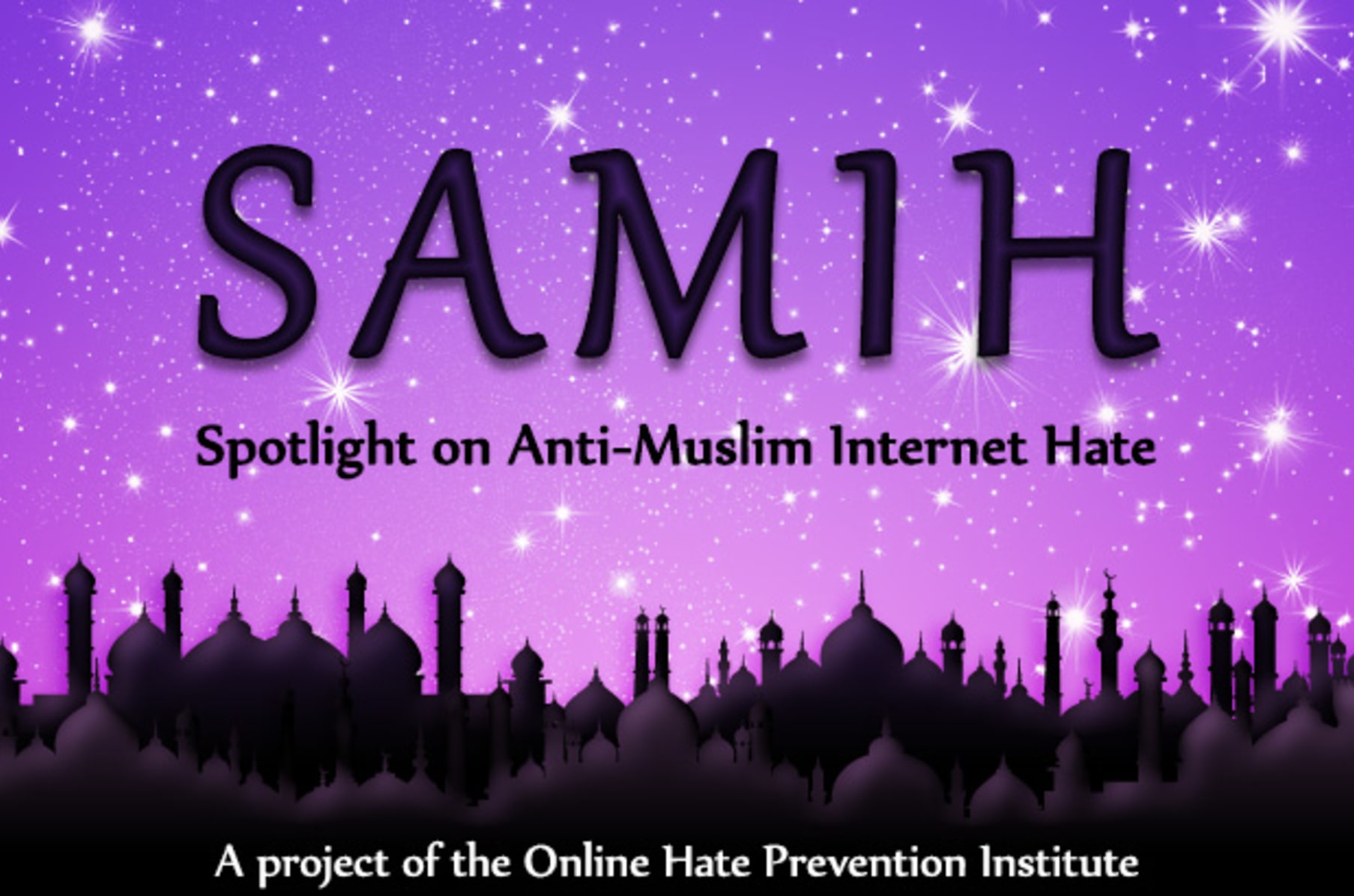 This four month campaign collected over 1,000 items of Islamophobic content using OHPI’s Fight Against Hate reporting tools then analysed them with the support of international experts.

2013 Islamophobia on the Internet Campaign 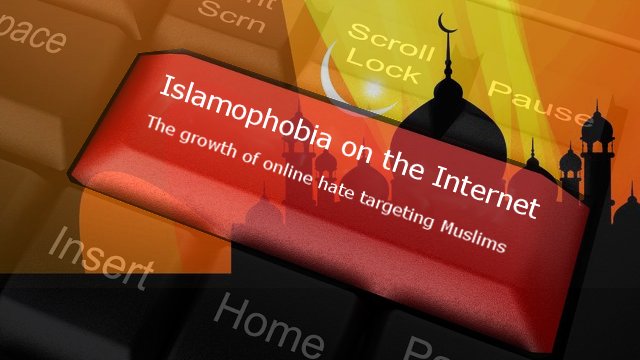 This major project over most of 2013 manually examined 50 anti-Muslim Facebook pages and documented 349 images of anti-Muslim hate. The results were presented in a report (available below). They were also presented in the United Nations in New York and the methodology used has been presented in universities around the world.

This report is a submission to a Victorian Parliamentary Inquiry into vilification laws. We highlight the need for such laws with respect to Islamophobia.

This interim report provides some background and data from OHPI’s “Spotlight on Anti-Muslim Internet Hate” Campaign.  This report is based on over 1,100 items of anti-Muslim hate in social media reported and categorised by the public through our FightAgainstHate.com reporting tool. The vast majority of the hate this report is based on was found on Facebook. The report indicates the volume of content by category, and how effective Facebook has been in responding to content in each category.

This report explores the response of mainstream and social media to the terror attacks in France in January 2015, particularly with respect to free speech. It examines where to draw the line between free speech and attacking a person’s dignity in the light of the Charlie Hebdo attacks. Some key points from the report:

December 10, 2013: Islamophobia on the Internet: The growth of online hate targeting Muslims

This work examines 50 anti-Muslim Facebook pages from which it documents 349 images of anti-Muslim hate. These images represent 191 unique images and many repetitions as messages of hate move between the different pages. The message of hate in this report are divided into seven themes which the report discusses:

This report gives an update tracking the removal (or growth) of pages discussed in the 2013 report.

June 1, 2020:  Islamophobic Pages and the Targeting of Mosques

May 12, 2020: Anti-Muslim Groups Turn Their Focus to Chinese and Asian Australians

April 3, 2020: COVID-19 is the time to understand prejudice-based communities online

January 22, 2016:  Violent Extremism on the rise in Australia

December 19, 2015: Response to geography homework on Islam shuts down schools

August 6, 2015: The danger of the Australian Far-Right

July 22, 2015: Hatefully presenting Muslims as a threat to our way of life

April 11, 2013: Islamophobia on Facebook – Hate Against Muslims Crosses the Line

January 31, 2017: Evidence given when appearing before the Freedom of Speech / S18C Inquiry

December 9, 2016: Submission to Joint Parliamentary Committee on Human Right’s Inquiry into Freedom of Speech (and S18C)

December 14, 2015: OHPI joins All Together Now for #silencetheracists campaign

March 23, 2015: OHPI at the first Official Jewish-Muslim Dinner in Victoria

January 24, 2017: How The Bourke Street Rampage Was Quickly Claimed To Be ‘Islamic Terrorism’

September 22, 2014: Women in Mosque Peace Talk in the Frankston Times

June, 27, 2014: Bendigo Mosque A cause celebre for right-wing outsiders in the The Sydney Morning Herald

Islamophobia and Twitter: A Typology of Online Hate Against Muslims on Social Media

Since 2013, OHPI has worked to combat online Islamophobia which incites hatred and violence against Muslims in violation of their human rights. We have generally referred to this work as combating anti-Muslim hate.

The word Islamophobia has been used for a couple of decades to describe this hatred, however, it has also been given a more expansive, and therefore problematic, meaning.

As the Macquarie Dictionary (Sixth Edition Oct 2013) defined it, Islamophobia is:”the irrational fear of Islam and its adherents”. Given that criticism and even attacks on ideas, including religion, do not violate human rights, and are therefore not a form of hate speech, the use of the term has caused those working in this area concern.

“Islamophobia is rooted in racism and is a type of racism that targets expressions of Muslimness or perceived Muslimness.”

In Victoria, religious vilification is treated in similar terms to racism (see our landing pages on Racism). The Racial and Religious Tolerance Act 2001 (Vic) Section 8 says that “(1) A person must not, on the ground of the religious belief or activity of another person or class of persons, engage in conduct that incites hatred against, serious contempt for, or revulsion or severe ridicule of, that other person or class of persons.” Section 25 goes further making serious racial vilification a criminal offence with a potential penalty of up to 6 months imprisonment. Serious religious vilification involves knowingly engaging in conduct with the intention of inciting serious contempt for, or revulsion or severe ridicule of a person or group of people on the basis of their religious beliefs or activities.